The risk of dying is an integral part of D&D 5E – no risk, no reward as they say!

Yet, as the characters level up and learn how to resurrect the dead, death becomes nothing more than an inconvenience, drastically lowering the tension of your 5E adventure!

In this article, we’ll give you 3 alternative ways to handle resurrection in D&D 5E that will make character deaths feel more impactful – without removing the opportunity to be brought back from the afterlife.

The first ‘fix’ to character deaths and resurrection that I’ll propose is a simple house rule which we’ve been using at our own table for many years:

Not only does it make thematic sense that it becomes increasingly harder to be brought back from death as the creature’s soul erodes with each attempt, but it also ensures that resurrections remain challenging and costly, because the DC will keep going up as the characters level up.

Soulsplinter Sprites – Make it an Encounter!

Another way to make resurrection more dramatic is to have the characters encounter something before they’re able to raise their fallen comrade.

In our upcoming sourcebook Heretic’s Guide to Devotion & Divinity, we’re introducing Soulsplinter Sprites – scalable monsters that form when the soul of a dying creature is freed from its mortal coil through violence.

Soulsplinter sprites embody the personality trait – or traits – of the deceased creature, and in order to fully restore the creature, the sprites must first be caught or vanquished; thus making resurrection much more tense and dangerous.

While you can (and should!) check out Heretic’s Guide to Devotion & Divinity, which launches on Kickstarter November 1st, you can also download the Soulsplinter Sprites and the accompanying encounter description by right-clicking on the two images below:

Soulsplinter Sprites are one of more than 30 unique seraphic horrors featured in Heretic’s Guide to Devotion & Divinity! 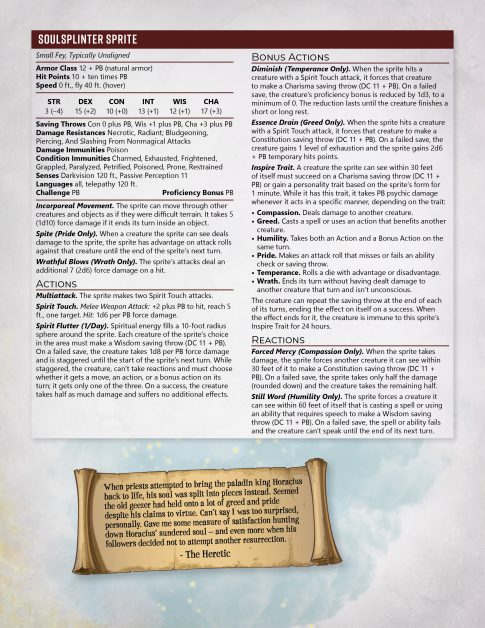 While there are tons of homebrewed rules for handling character deaths and resurrection in 5E, perhaps the most famous is the one invented by Matt Mercer and used in the Critical Role adventures.

You can read the full, and rather lengthy, explanation of the rules here, or you can read my not-as-lengthy breakdown of the house rules below this random image of Matthew Mercer:

Resurrecting a character using the Critical Role rule also involves some kind of check, but the kind of check required is based on what type of spell is used to resurrect the character: 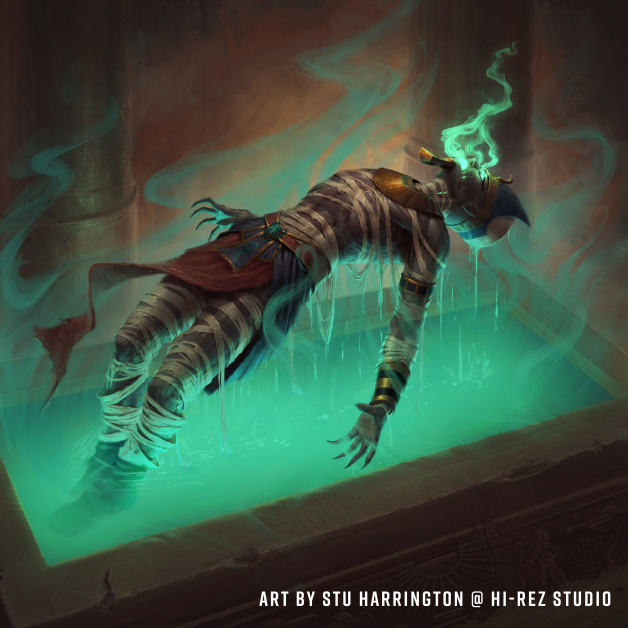 There are many other ways to make resurrection just a bit more exciting and unpredictable in 5E than it is according to the official rules.

As suggested in this almost decade-old Reddit thread on the topic, you could simply choose to limit the availability of diamonds in your setting, which most resurrection spells require as a material component – or you can just increase the cost of the required materials.

You could also just cap how many times a character can be resurrected, although completely removing any chance of success after x attempts might be a bit rough.

Another solution is to make a character’s unfortunate demise a part of the adventure’s story – perhaps giving the party just the right incentive to visit some powerful NPC or location that you wanted them to go to anyway in order to bring their fallen comrade back to life.

Of course, this could mean that whoever is playing that character is set up for a boring session, so you may want to consider discussing it with them first and consider if they can play as an NPC until they’re brought back before you decide to reduce them to a mute soul for the entirety of a session. 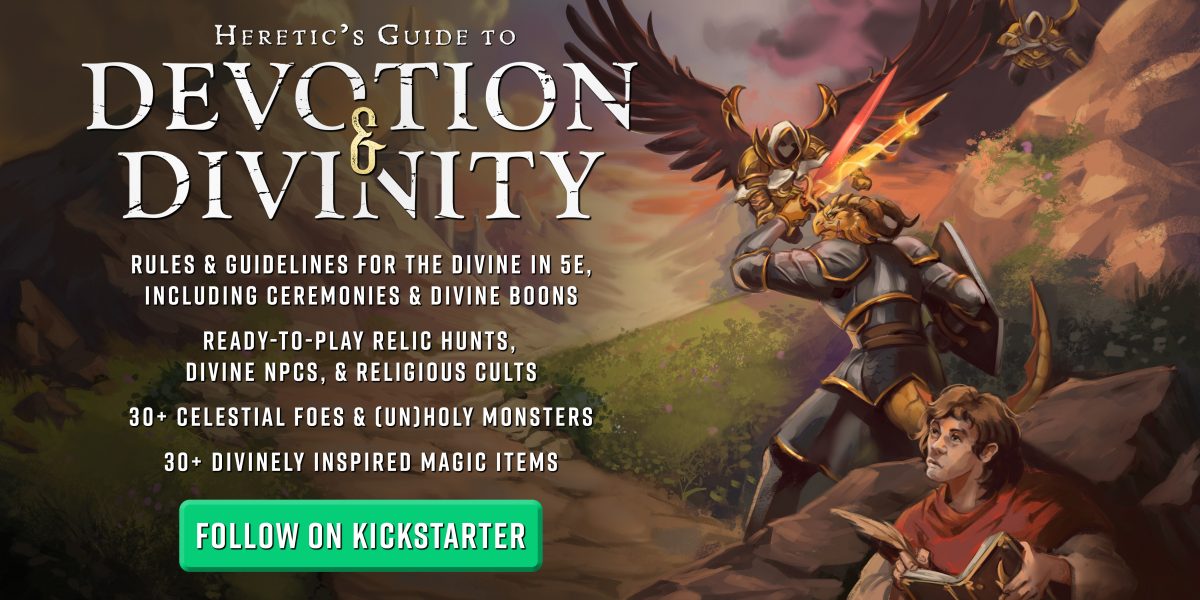 Follow Heretic’s Guide to Devotion & Divinity on Kickstarter to be notified on launch!

That’s it for this one! I hope you enjoyed our quick guide on improving resurrection – or rather changing how resurrection works to make character deaths more exciting.

For many more cool ceremonies, holy rituals that go beyond the classic resurrection, and much more cool content revolving around the divine aspects of 5E, don’t forget to check out our upcoming sourcebook Heretic’s Guide to Devotion & Divinity!

Heretic’s Guide to Devotion & Divinity launches on Kickstarter on November 1st and everyone who pledge within the first 48 hours get two divinely-themed 5E adventures for free!