The new One D&D Unearthed Arcana release presents huge changes to both classes, feats, and various rules. In this article, we’re going to give you a quick, easy, and simple overview of the biggest changes!

First off, we’ve now got class groups. There are four of them – Expert, Mage, Priest, and Warrior.

The reasoning behind splitting the various classes into groups seems to be two-fold: First, it’ll make it easier for newer players to understand what kind of character they’re choosing and to put together parties that are versatile, by having one character from each group.

Second, it allows for a more modular game design where feats, items, and other stuff can be restricted to a group of classes instead of specific classes so that new classes that are added to a group can fit in snugly. Personally, I don’t see any downsides to this change at all and I think it’s a really neat design decision!

It used to be that spellcasters that prepared spells – clerics, druids, paladins, and wizards – would have a number of spells equal to their main ability score plus their level or half their level in the paladin’s case.

That’s all gone now, it seems, as One D&D introduces a new way to do prepared spellcasting: a character can only prepare the exact number of spells per spell level as they have spell slots. So this table is both the bard’s number of spell slots and how many spells they can have prepared: 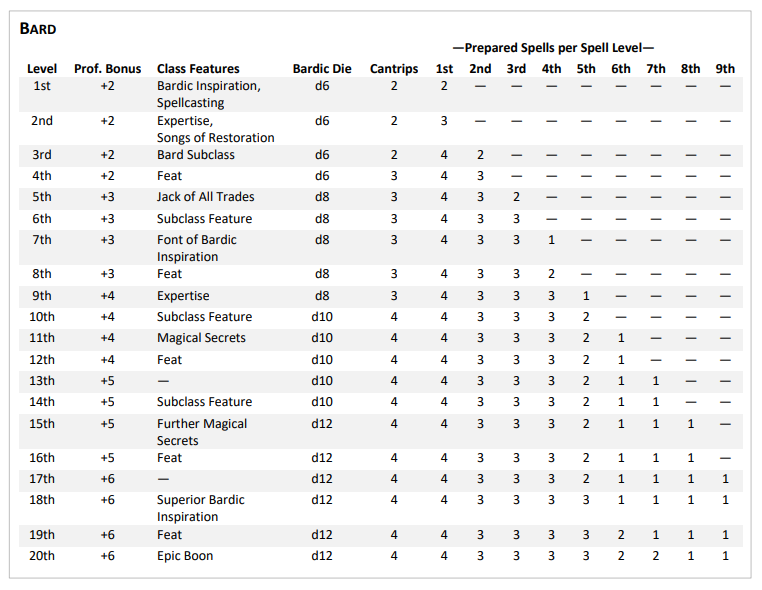 Overall, this is a significant nerf for prepared spellcasters, and especially at higher levels because their selection of available high-level spells every day is going to get smaller. Personally, I think it’s a good thing to reign high-level spellcasters in a bit, so I don’t hate this change.

However, we’re also seeing that classes that weren’t prepared spellcasters before – like the Bard and the Ranger – now are, and since prepared spellcasting is still stronger than what you’d call “spontaneous spellcasting” (i.e. just knowing the spells you know and never preparing or unprepared spells), we haven’t seen this nerf in effect yet.

Before we jump into the major changes to the classes, we also gotta touch on new class uniformity.

Moving forward, it seems that all classes will be getting subclass features at 3rd, 6th, 10th, and 14th level. All classes will also get their capstone feature at 18 and an Epic Boon – a type of feat – at level 20.

The boons seem to have been mostly lifted from the Epic Boons found in the DMG. This gives us some standouts such as Epic Boon of Recovery, that lets you regain half your hit point maximum as a bonus action once per long rest, epic boon of speed that increases your speed by 30 feet, or epic boon of skill proficiency that, well, gives you all the skill proficiencies.

But there’s no doubt about which epic boon is the real MVP, and honestly, it’s going to be hard for other Epic Boons to compete when Epic Boon of Dimensional Travel is available. Misty Step. Once per battle!? How will anyone be able to contain this power!

All jokes aside, the designers should have probably vetted the Epic Boons before porting them over indiscriminately. The idea is good, but the execution is a bit lackluster here. With some rebalancing, Epic Boons can end up being a very good thing. It’s just not quite there yet. 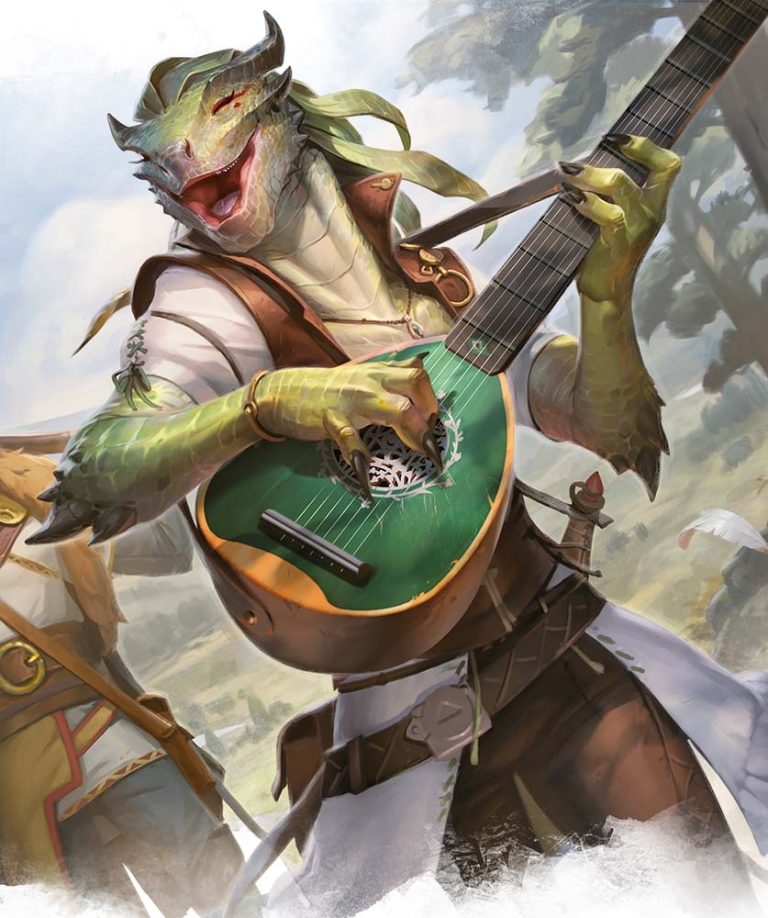 The Bard got shuffled around a lot, but the most notable thing, aside from the fact that the bard is now a prepared spellcaster with access only to Divination, Enchantment, Illusion, or Transmutation spells from the Arcane Spell List, is that Bardic Inspiration has been changed.

Whether or not the change to how Bardic Inspiration functions is a nerf or a buff remains to be seen, but I think it’s absolutely easier to keep track off this way. I think bards will be said to have so few uses of inspiration, so I’d like to see them nerfed in another way instead.

Lore Bard Ain't Got So Much Lore Anymore

In another notable change, the Lore Bard subclass no longer gets additional magical secrets at 6th level. It gets some other cool and useful stuff, but nothing that compares. So, a huge nerf for the Lore Bard that’s probably not gonna go over well with all players! 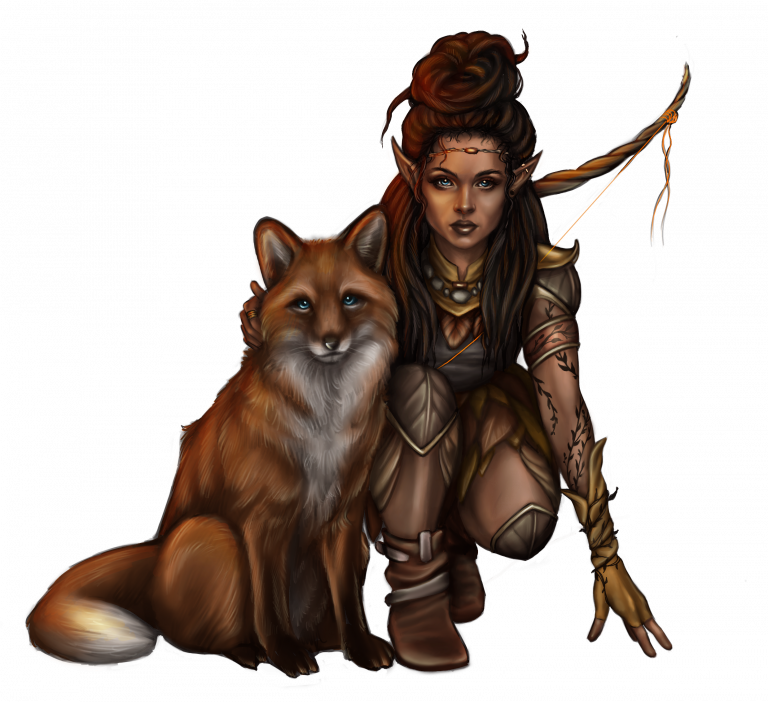 Moving to the rangers, they basically got buffed all the way around, at least when comparing to the Player’s Handbook Ranger.

Notable buffs include Expertise at 1st level, Favored Enemy being converted to a concentration-less spell, and rangers now getting Prepared Spellcasting with access to all Primal spells that aren’t Evocation. There are several more buffs down the line as well.

The ranger is definitely in a better spot from a mechanical standpoint but the flavor coming from Natural Explorer, Primeval Awareness, and the old Favored Enemy is gone. Even so, I think a less flavorful ranger that is more mechanically sound is better than the alternative. 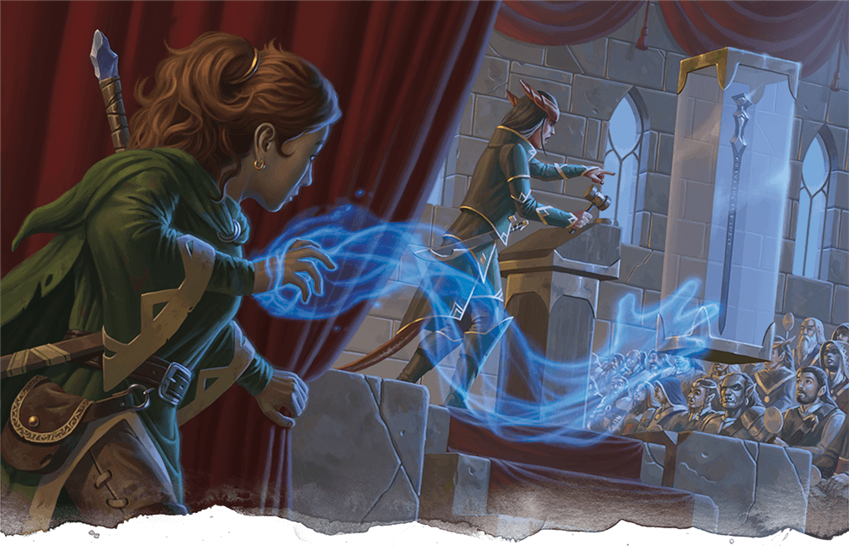 Overall, the Rogue hasn’t changed drastically, except for a single, small sneaky sentence in sneak attack that states that Sneak Attacks can only be when the Rogue takes the Attack Action.

To most players, this may not seem like a huge loss, but if we’re looking at the rogue from a balance perspective, it really did need those occasional reaction Sneak Attack combos to be able to compete with other classes in terms of Damage Output.

That said, I don’t mind that the “exploit” is removed, I just want them to give the rogue something else instead. Maybe crippling effects when a Sneak Attack hits – the Extra Attack action, I don’t know, anything really.

Moving onto feats, it seems that all feats taken at 4th-level will have a +1 to an ability score, effectively making them what we call “half-feats”.

This is a good change in my book, as it makes them much more competitive with regular Ability Score Increases – which is now also a feat!

Looking at specific feats, one of the headlines here is that the main martial feats have been gutted.

Polearm Master and Sentinel no longer have an evil combo together

Crossbow Expert no longer allows you two fire twice with the same crossbow and since crossbows need ammunition, well…

All told, the martial feats aren’t bad now, but the damage boost they provided martial characters can’t be understated. It’s my hope that martial classes are given compensation, because they were already behind spellcasters, even with the cheesy and/or exploitable feats.

And now we get into the rules changes where I’m just going to throw highlight what I believe are the most notable changes real quick:

I think the community was pretty vocal in their dislike of the new crit rules, although I do think that critting on saving throws and ability checks were fine. So I hope they’re not done trying to improve the crit rules, although I’d say it’s not the area I think needs the most improvement either.

Inspiration is now a nat 1. Instead of being on a nat 20 as it was suggested in the first version of playtest material for One D&D, inspiration now happens when you roll a nat 1. So basically as before, but flipped around. Personally, I like it more.

Exhausted is a True Condition. Exhaustion becomes Exhausted and is now a true condition. Instead of having 5 hard-to-remember-levels, it now has 10 easy-to-remember levels, as each level is just a -1 to basically everything – even spellcasting save DCs.

I do think speed and number of actions not being affected is a bit weird, so maybe there’s room to include that, and I think 5 levels are more than enough, but aside from that, this is cleaner and easier to remember for sure.

Guidance Spam Is Dead. Barkskin got changed, but nobody used that spell anyway – and probably won’t use the new one either – so who cares. But every cleric and their mother used Guidance, which has effectively been neutered. Now a reaction that can only affect a character once per day, the days of the cleric screaming out “I CAST GUIDANCE!” before anyone does anything are over.

Two Weapon Fighting is BUFFED. And, as an indirect buff to rogues and rangers, two weapon fighting got a huge buff as the off-hand attack now no longer uses a bonus action.

It’s a houserule I’ve played with for a long time, and something that especially helps rogues – which got shafted on the Sneak Attack, so there’s some karma for them – so that’s nice. It probably makes Two Weapon Fighting the style of choice before 5th-level and perhaps even after 5th-level for most martial builds, although I’d have to look at the math for that.

Influence, Jump, Magic, Search, and Study Actions. We also get a bunch of new actions, each of which does more or less what it says on the label: influence other creatures, use magic, search for stuff, or study something. Nothing that dramatically changes how the game works, although the rules for jumping seem a bit unrealistic and easily abusable. But we’ll see!

That sums up the changes presented in the latest One D&D Unearthed Arcana release. Overall,  I think there’s a lot of room for improvement but there are also some solid changes such as the grouping of classes, the buffs to the ranger, and the retraction of the proposed ‘fix’ to crits.

To quickly sum up the proposed changes:

You can also follow along on Youtube where I cover all the new One D&D developments as they are released!