One of the biggest challenges when running a D&D adventure for a group of low-level characters is to find monsters that are actually fun. They are notoriously bland and don’t really feel like they’re tactically engaging for the players

In this article, we’ll show you a handful of fun and exciting monsters with a Challenge Rating of 1 which will make for a fun and challenging encounter with any party of low-level characters in 5E Dungeons & Dragons. 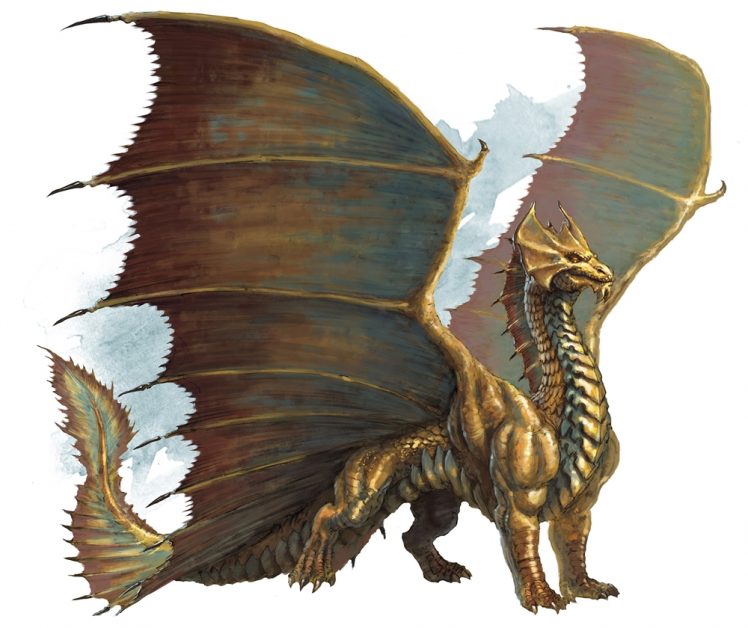 There’s a reason the world’s greatest roleplaying game is called dungeons and dragons. Dragons are awesome adversaries, and a Medium-sized wyrmling is no exception!

At Challenge Rating 1 we have the brass dragon wyrmling and the copper dragon wyrmling which are bound to be a challenge for any low-level party. Both of these dragons have a relatively lethal damage-dealing breath weapon, but they also have a secondary breath weapon option (sleep and slow, respectively) – and while having more options is usually the recipe for a dynamic encounter, it’s also a rare luxury for low-level monsters.

Add the dragon wyrmlings 60 feet flight speed to the mix, which will allow you to deploy clever hit-and-run tactics and force the players to think tactically, I think these two dragons are some of the best choices for a fun and engaging low-Challenge Rating monster in 5E D&D! 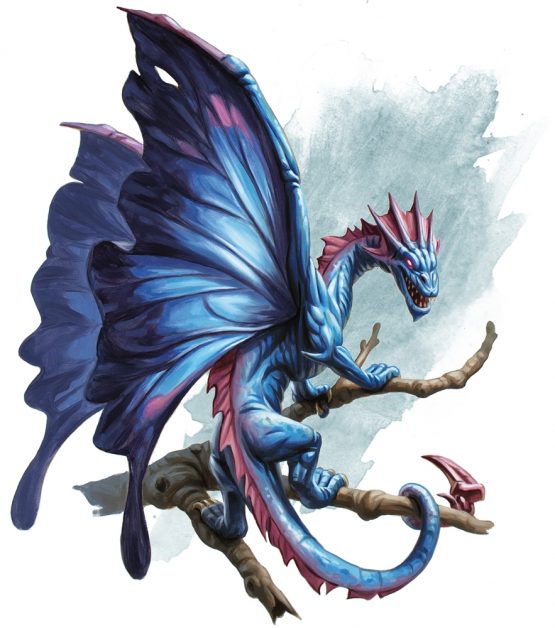 This flying bag of tricks is another dragon that I think deserves a spot on the list for the most badass low Challenge Rating monsters!

A faerie dragon may have fewer hit points than its dragon wyrmling brethren and it doesn’t quite pack the same punch – but with a flight speed, a bunch of cool spells, at will invisibility, and a breath weapon that mimics the confusion spell, it’s bound to make for an exciting encounter! 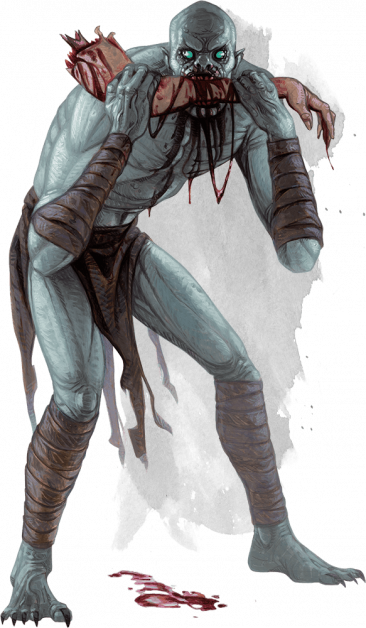 This zombie on steroids may not be terribly dynamic – but it’s definitely better than your run-of-the-mill zombie. Most notably, its claw attack can paralyze its targets which can be extremely scary at low levels, especially when a horde of zombies is slowly approaching!

So, if you want to spice up your undead encounters, a ghoul is a great way to make it a little more intense and fun at low levels.

For some reason, elves are immune to a ghoul’s paralyzing effect – so, if your party is full of elves, having them face a few ghouls is also a great way to make them feel good about themselves. 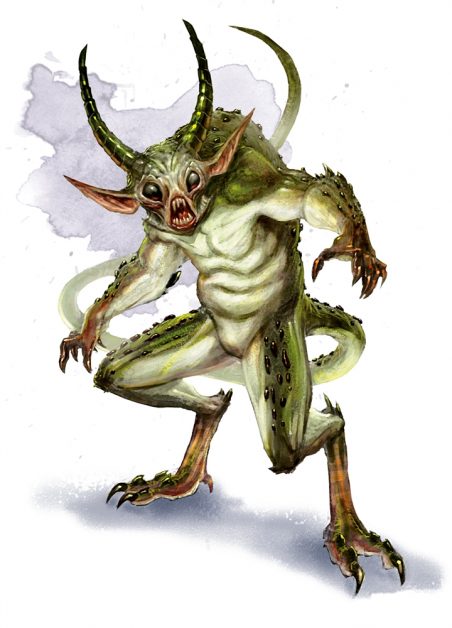 With invisibility, shapechange, poisonous claws, and the ability to scare an enemy once per day, this tiny demon isn’t just demonically annoying – it’s also a surprisingly dynamic creature for its Challenge Rating.

Of course, you don’t want to run a quasit as a boss encounter (considering it has a meager 7 hit points), but it’s an ideal pet companion for the evil villain that can play a fun tactical role! 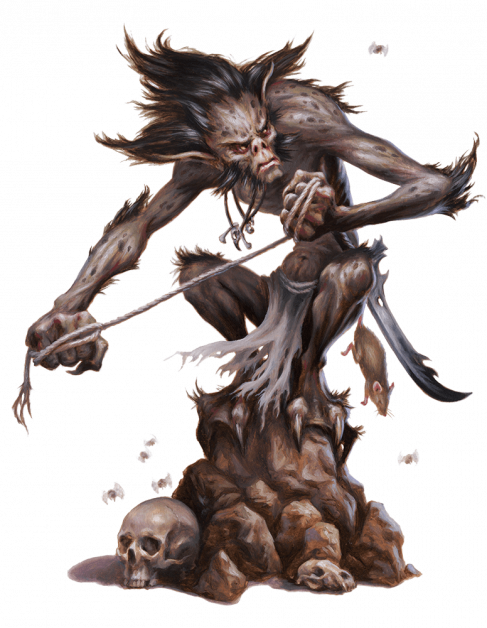 Looking outside the monster’s manual we get a few more fun options – and nothing catches the eye like the meazel. This shadowfell native creature is incredibly scary when considering its Challenge Rating.

Its main feature is to grapple someone and then teleport away from the party. And we’re not just talking about a 30-foot misty step. No. This creature will take you up to 500 feet away while using its Garrote attack to strangle its prey for an average of 10 damage per round – or continuously stabs its victim with its necrotic shortsword!

Considering it would likely take a low-level party 10 or so rounds to reach it, the meazel is so scary it makes you wonder if it should even be a Challenge Rating 1 opponent. Did I mention that a creature teleported by the meazel becomes cursed? That the meazel can hide as a bonus action?

If you’ve decided that you don’t like a certain member of the party, the meazel is definitely a great bet for having a Challenge Rating 1 monster get rid of said character. Jokes aside (you usually don’t want to kill a character for no good reason!), even when leaving the characters with options to handle the meazel, it’s a terrifying, versatile, and fun monster! 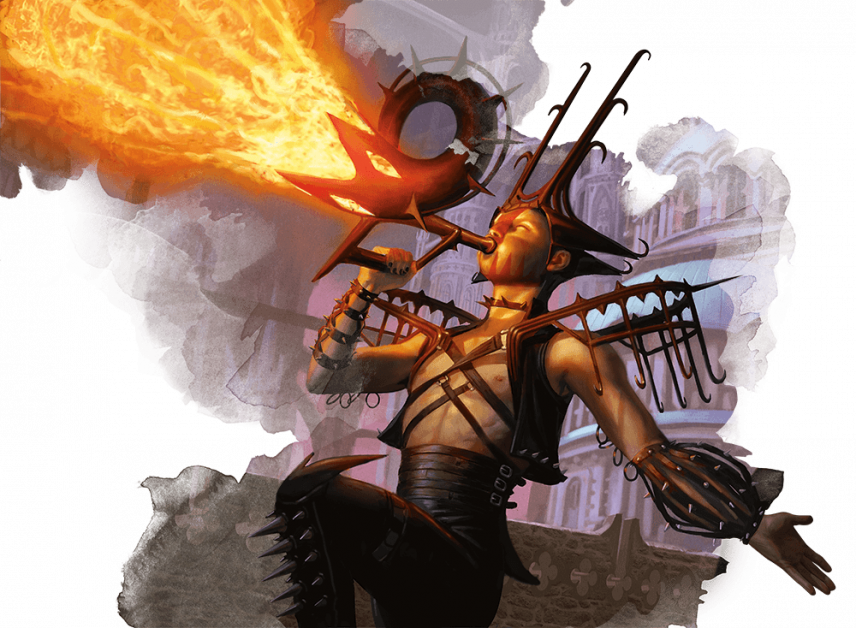 This 3-for-1 serving of chaos has multiple options across 3 types of performers: the blade juggler, fire eater, or high-wire acrobat. Although the statblock does say that you have to choose, you could also just combine each of these into a single pole-vaulting, flame-spewing, dagger-throwing menace to society!

Of course, one could argue that such monster merging should increase the Challenge Rating of a monster. But hey, you’re the DM – and it definitely makes for a fun monster!

A vargouille is a severed humanoid head with batwings that leaves you with no doubt that this fiend has flown straight out of the abyss – and is a monster that you would do good to avoid at all cost.

With 18 hit points, a flight speed, various resistances, and a nasty Bite attack, you would think that Wizards of the Coast called it a day for this Challenge Rating 1 monster from Monsters of the Multiverse. Think again!

The vargouille’s stunning shriek is as fearsome as the stun of a Vrock – a Challenge Rating 6 demon! And as if that wasn’t enough, its “kiss” inflicts a terrible curse on any incapacitated humanoid who doesn’t succeed on a Charisma saving throw.

So, what does this curse do? Well, first you start to lose 1 point of Charisma after each hour while you aren’t bathing in sunlight. Once you reach 2 Charisma, you turn into… well, a vargouille – unless, of course, you find someone who can cast remove curse first (which could make for a fun plot hook for a short sidequest or push the party in the direction you want).

In any, this tiny fiend is a terrifying Challenge Rating 1 monster – and will definitely make for a fun and frightening encounter!

If you want to support what we do, consider becoming a patron at patreon.com/eventyr and three fun 5E encounters every month, premium access to our apps, and a huge archive of adventures, encounters, fun monsters, and more for 5E Dungeons & Dragons!