Lycanthropy is one of the coolest and most common curses in the fantasy genre – but in 5E D&D, it’s not really a curse as much as a game-breaking boon that’ll make a character so powerful that curing the curse will be the last thing they’d want to do!

This article takes a look at why lycanthropy doesn’t work in 5E, how to fix lycanthropy and make it a fun and balanced curse for everyone, and rounds it all up with a way to let player characters become werewolves using Lycanthropy Feats that you can download as a free PDF.

You can also use this table of contents to quickly navigate to the exact section you want to read:

Why lycanthropy doesn’t work in 5E

I’ve always been intrigued by the idea of a character with a bestial urge buried deep within, always itching to send the character into a wild blood-frenzy. But in 5E, lycanthropy just isn’t really that kind of curse.

Instead, it’s an overpowered buff for the cursed character with no real detriments – and, if anything, introducing lycanthropy to your table will curse your entire campaign.

Here’s why: A character inflicted with the “curse” of lycanthropy gains all the lycanthrope’s damage immunities, traits, and actions that don’t involve equipment.

Yes, you read that correctly. According to the Monster Manual, being bitten by a wererat will transform a character into a superhero immune to bludgeoning, piercing, and slashing from nonmagical weapons that aren’t silvered.

A level 1 wererat-wizard can literally not take damage from a horde of orcs or a hill giant smashing it with its greatclub.

When the biggest fear a player character inflicted with lycanthropy has is facing an enemy who can cast remove curse on them, it should tell you that something isn’t right.

Lycanthropy isn’t a curse – and, if the players are ‘smart’, they can even prevent the removal of this blessing by having the were-wizard bite on the rest of the party, so they can join the wererat club.

Luckily, there are ways to easily fix the curse of lycanthropy and make it much more balanced!

Where are the Drawbacks?

A curse should be something that changes the character in a somewhat profound way. In many cases, a curse can also be a boon, but I believe it should always be balanced out by an equally demanding drawback.

We’ve dedicated an article to fixing curses in 5E on a general level and in Milando’s Guide to Magical Marvels we’re completely reworking how curses function in 5E including new rules for handling them (since there aren’t any rules for doing so in the Dungeon Master’s Guide).

That also includes lycanthropy which is getting a complete makeover as something a character can learn to control as it levels up and picks various lycanthropy feats – something we’ll go into depth with later in this article.

For now, we’ve already established that the benefits of being inflicted by lycanthropy are pretty massive. So, what are the drawbacks?

Although there are no rules for curses in 5E, the Monster Manual states that “when the full moon rises, the curse becomes too strong to resist, transforming the individual into its beast form”. It then goes on to say that the beast within can be controlled once again when the moon wanes.

This suggests that a character cursed with lycanthropy loses control of themselves once a month. While I do believe this drawback can create some fun moments in the adventure, it just doesn’t seem enough of a drawback to counter the boons.

If the whole party are werecreatures, it wouldn’t even be much of an issue (since they’re immune to each other’s attacks), and this rare event could also just be avoided by chaining up the character who gets extra fuzzy when the full moon’s out. 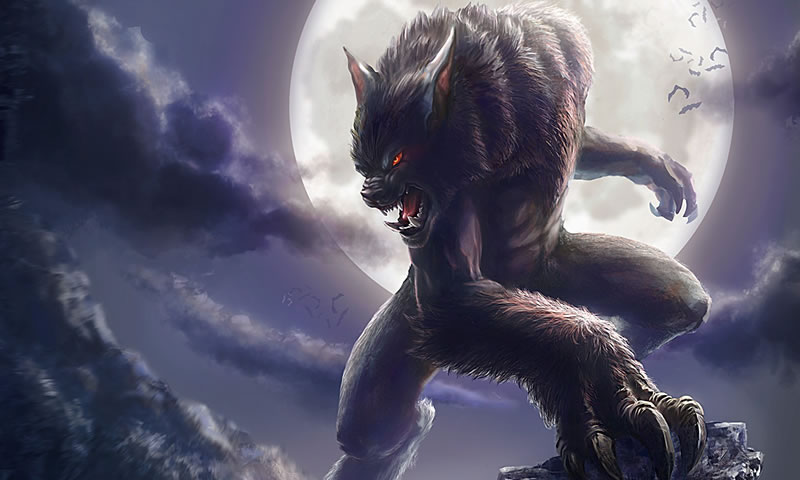 How to Fix Lycanthropy in 5E

In the following section, I’ll quickly discuss what needs to be changed in order for lycanthropy to be a viable and fun curse in 5E before presenting a complete remake of lycanthropy from Milando’s Guide to Magical Marvels using the good ol’ werewolf as an example.

The first thing you want to do is to introduce drawbacks that match the boons of the curse. A quick solution could be to draw inspiration from something like the cursed berserker’s axe and have the were-character go berserk if they fail on a saving throw under specific circumstances.

You could even decide that the character must make a check on every night the moon sheds its light on them to resist the transformation into a wild beast – and lose the benefits of a long rest even if they’re chained up by the party!

Pick whatever drawbacks you think would fit your campaign and that would be fun for everyone at the table –  the important part is that the curse comes with a tangible cost.

Like with any good curse, the benefits and drawbacks should somewhat match each other in terms of power – and depending on what drawbacks you choose to attach to the curse of lycanthropy, you should also consider limiting the benefits.

The number one culprit making lycanthropy a game-breaking curse is the damage immunity to physical attacks, so it’d definitely consider removing that feature entirely or at least nerfing it drastically – such as reducing it to resistance against nonmagical weapons. Even resistance is powerful!

To make lycanthropy feel more like a curse, it should also be harder to get rid of. While you can draw lots of inspiration from our article on how to fix curses on a more general level, the easiest fix here is to just limit the effects of the remove curse and greater restoration spells so they can (for example) only suppress the curse for a period of time (and never during a full moon).

To remove the curse completely, a character may instead have to do something that fits the narrative of your story such as a special ritual known only by a specific NPC that would require rare materials to be found in the exact place you want them to check out in any case. Perhaps the character needs to slay the creature that inflicted it with the curse, find a powerful druid who can undo the transformation but has been kidnapped or killed by the BBEG, or has to gain the favor of a deity to earn a wish and revert the curse.

It’s all up to you, but the idea is that it should drive the plot in the direction you want to take it and add to the party’s motivation for doing the quest. Make it an adventure!

A rework of the werewolf

Does all of this sound a little complex or tedious?

Well, lucky for you, we’ve done all the hard work already and made a complete rework of the lycanthropy curse in 5E that’ll is much more fun and balanced!

In our version, the curse of lycanthropy isn’t just something that can be removed with a simple spell, but rather than becoming instantly overpowered, the curse grants a character a unique set of flaws and benefits that change as they embrace their curse.

These flaws and benefits are represented by Lycanthropy Feats that a character can choose to take when it gains Ability Score Increases (just like any other feat), so that a cursed character will have to prioritize this path instead of picking up other valuable features.

You can download a PDF with our take on the classic werewolf here!

In Milando’s Guide to Magical Marvels we’re bringing the full lycan experience to the table with unique takes on every type of lycanthrope from the wererat to the weretiger – and are also introducing similar paths for characters who want to become a vampire or attain lichdom! 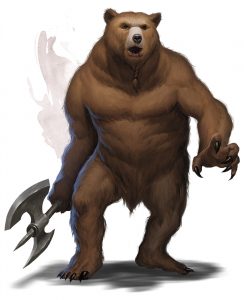 Milando’s Guide to Magical Marvels includes a unique remake of the lycanthropy curse for every type of were-creature from the wererat to the weretiger!

The curse of lycanthropy is a great tool for allowing a character to undergo a dark transformation and shape their motivations and character. However, the curse is simply too powerful, so before you go bite one of your players’ characters with a werecreature, consider doing the following:

I believe that covers the basics when it comes to fixing lycanthropy in 5E.

While there are numerous ways you can implement this, you can start off with downloading our rework of the werewolf here –and check out Milando’s Guide to Magical Marvels for a unique take on every lycanthrope, and a similar rework for becoming a vampire or attaining lichdom.