You can also watch the video about making The Wild Beyond the Witchlight less linear here.

As a whole, The Wild Beyond the Witchlight has the following linear structure: 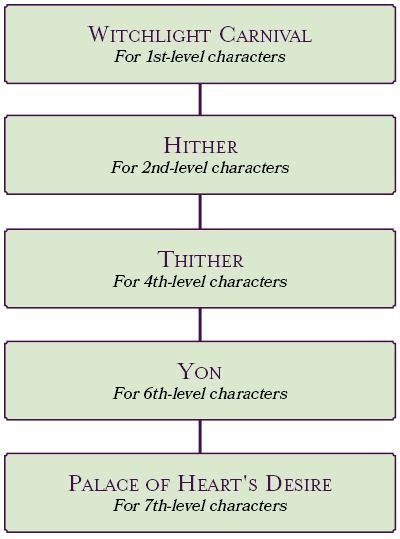 A linear structure such as this does have some advantages, namely that it is easier to follow for newer players and also easier for you to prepare if you always know where the player characters are going next.

The obvious disadvantage, of course, is that players (veteran players especially) may sense that they’re being railroaded and may wish to have more agency – want it to feel like they’re not just going from A to B to C.

If you think your group lands in the latter camp, or you just prefer a more open adventure, I have good news for you: it’s actually quite easy to get The Wild Beyond the Witchlight off the railroad!

The way we make The Wild Beyond the Witchlight more open is simply that we let players choose which realm to visit at each stage of the adventure. That way we get a structure that looks like this:

This may look deceptively complex, but I assure you it isn’t. The characters simply get to choose which of the three realms they want to visit first after the Witchlight Carnival, then once they’ve explored that realm, they get to choose between the two remaining realms, and then they visit the third realm last.

You probably have two questions now:

Below I’ll try to answer both.

So how do we let the characters choose their own way through Prismeer? Well, it’s quite simple – here’s a step-by-step rundown:

Let’s say, for example, that the characters decide to head to Thither first – perhaps because they’re looking for the halfling Rubin, who they saw disappear into that realm – and find the guide Squirt there.

Squirt doesn’t know how to get to the Palace of Heart’s Desire but says that there are swamp gas balloons in Hither and various flying contraptions in Yon, so maybe that’d be helpful – and Squirt can take them to both realms.

If the characters then decide to go to Yon, Amidor can take them first to Motherhorn to try and find means of travel to the Palace of Heart’s Desire – which unfortunately can’t be located – but can offer (after they’ve rescued Gleam and Glister) to take them to Hither.

Finally, in Hither, the characters can get Clapperclaw or another guide there, to take them in  Swamp Gas Balloon to the Palace of Heart’s Desire. 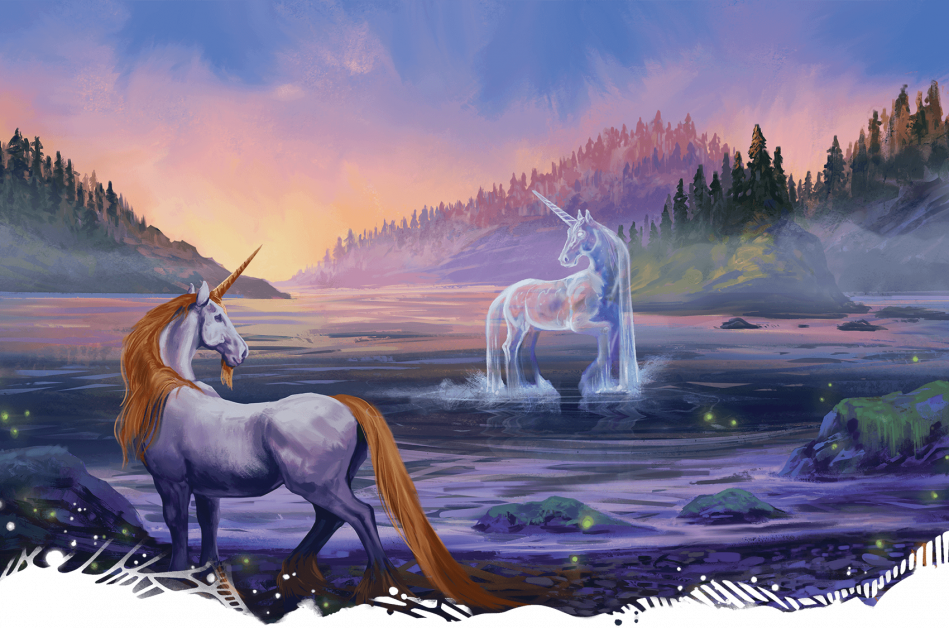 This whole exercise is about giving the player characters meaningful choices, so they feel like they have control over where they want to go and when. The most important ingredient in creating that feeling of agency is information. To make choices that feel meaningful and not just frustrating, the characters need some information to act on – especially early on in the adventure.

As the adventure begins in the Witchlight Carnival, you may want to make it more likely that the characters visit the Carousel and explore its riddle, as that is where they can learn the most about Prismeer’s three realms and the hags that reside in them.

If they don’t, or you just want to give them more opportunities to learn this information, you can decide that NPCs such as Kettlesteam, Witch and Light, or Ellywick Tumblestrum can also let the characters know about Prismeer’s three realms and, if they have the Lost Things-hook, which realms their respective lost things are in.

The biggest potential issue with opening up the adventure’s structure is that it will require some adjustments to the adventure’s difficulty. Here, however, we are helped by two factors:

The first is a given – we don’t need to adjust any challenges the characters simply avoid, which could be most of them. We’d still have to put some thought into how we’d adjust them in the case the characters don’t avoid them, however. But that’s where the second factor comes in; we’d probably have to do that anyway!

To quickly underscore that point, we only need to look at Hither and Bavlorna’s CR 7 statblock (the characters are meant to be level 3 when they encounter Bavlorna) to realize that the adventure wasn’t exactly solidly balanced, to begin with. In fact, Hither can be run mostly as written if it’s the second realm. 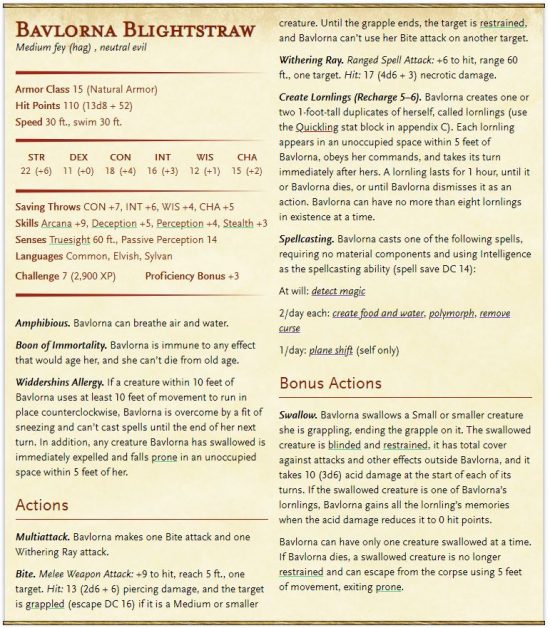 For a more detailed look at balancing the adventure and adjusting combat with the hags specifically, you can check out the Complete DM’s Bundle for The Wild Beyond the Witchlight. Here are some quick (non-exhaustive) pointers on each realm:

I hope that was helpful. If you have any questions or comments, please feel free to leave them below. And If you want to see more content like this and support what we do, you can sign up to our newsletter, subscribe to our YouTube channel, and support us on Patreon.

Thank you for following along!

1 thought on “How to make The Wild Beyond the Witchlight Less Linear!”