Help us make more posts like this one by supporting Eventyr Games on Patreon.

What are the best magic items in 5E D&D?

This staff is packed with so much crazy stuff that I’m not even sure where to start. Not only does a staff of power give you +2 to weapon attacks, it also gives you +2 to spell attack rolls, +2 to saving throws, and +2 to AC, which would’ve already placed this beauty in our top 10. It doesn’t stop here. 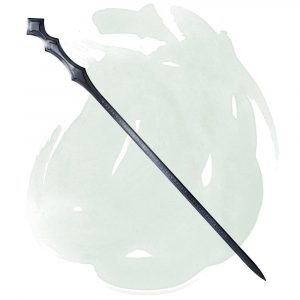 This staff comes with 20 charges (restoring 2d8+4 each day) that can be spent on all sorts of crazy spells (wall of force, globe of invulnerability, hold monster, just to name a few). It does require attunement by a sorcerer, warlock, or a wizard, but if that’s you, then this is the staff you want to get! And, if you for some reason don’t want it anymore, it even allows you to cause a massive explosion by breaking it!

+3 weapons are without a doubt some of the strongest very rare magic items you can get your hands on in D&D 5e. What really makes the “clean” versions of the +x weapons and armors shine at this point of the game is the simple fact that they don’t require attunement. That ‘s pretty crazy, and the main reason why I don’t really hand these items out in my own games.

There are also even stronger +3 very rare weapons such as a staff of striking and a dwarven thrower that has some pretty neat added bonuses. However, they require attunement, and a staff isn’t necessarily the weapon type you want to be using. In a similar fashion you can’t attune to the dwarven thrower if you aren’t a dwarf – which is a shame since it’s the only weapon in 5e that mimics Thor’s hammer Mjölnir by returning to your hand when you throw it!

Spend 48 hours reading in a manual of bodily health, picking up some diet tips, and whoops, your constitution score increases by 2. Have you read the fitness exercises in the manual of gainful exercise? No? Have a go and increase your strength score by 2! 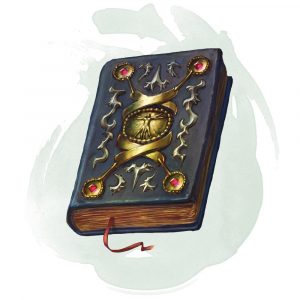 Any manual that increases one of your attribute scores is an  extremely useful item – or rather buff, since the effect is permanent and the book just needs to collect dust for 100 years before another creature can gain the same benefit from reading the divine diet tips it contains. As a DM I would hand these bandits out with caution, and I’d probably consider finding a way for every player at the table to increase their primary rather than just one character. That, of course, depends on your playstyle!

I feel it’s a little boring to place another plain +3 item in the top five, but what can I do? A +3 shield adds a mighty total of 5 to your AC (which is insane in 5e), and for some reason it’s “only” very rare compared to a +3 armor which is listed as legendary. I wish I could put a spellguard shield or an animated shield on the list since they are much cooler items, but they just don’t beat a +3 shield.

5. Amulet of the Planes

This amulet allows you to cast plane shift at all times without spending a spell slot, charges, or anything of the like. 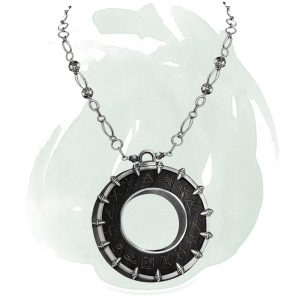 Did I mention that plane shift can also be used on enemies?

Honestly, the very rare +3 version of rod of the pact keeper should probably be placed higher on this list in terms of raw power. It can only be attuned to by a warlock, but in contrast to a staff of power or wand of the war mage it doesn’t just increase your spell attack but also your spell DC which makes a huge difference considering that many of the most powerful spells require the target to roll a saving throw. The rod also allows you to regain a warlock spell slot once per day!

Belt of fire giant strength pumps your strength score up to 25 and is the best out of the three very rare variants of a belt of giant strength there are. If you’re a strength-based character (and haven’t picked up a legendary belt of storm giant strength yet!) this very rare magic belt is the item for you! 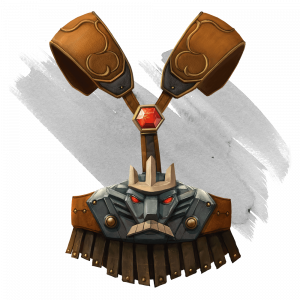 This wand allows you to cast polymorph 7 times. Even though the DC is set at 15 (which is pretty low at higher levels) polymorph gives you A LOT of options in terms of travelling, scouting, and also in combat. Being able to transform yourself into a giant ape seven times when you’re out of spell slots will make even your moon druid buddy jealous. 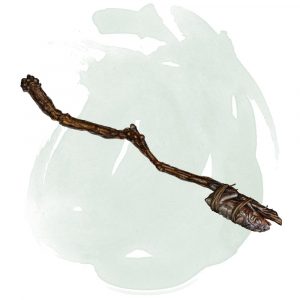 This bow can be great, and if you ever had a mortal enemy, or just like to pinpoint a target in combat, this is the weapon for you. 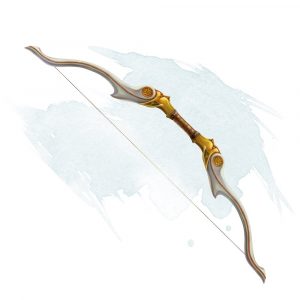 An oathbow doesn’t give any flat bonuses, but it allows you to select a sworn enemy who you attack with advantage and deal an extra 3d6 damage to on hits. That’s a great bonus, especially when fighting against a single boss! It does give you disadvantage on attacks made with other weapons which can become a little problematic if the target flees as you’d have to wait a week (or until your nemesis dies) to pick a new sworn enemy. However, while an oathbow might not be as consistent as a +3 weapon, it’s a cool and powerful very rare magic item.

A scimitar of speed is a +2 weapon that allows you to make an additional weapon attack as a bonus action on each of your turns. If you’re not really using your bonus action on anything, this is a great weapon for you!

That concludes our picks for the best very rare magic items in the Dungeon Master’s Guide and basic rules of D&D 5e! While I’ve tried to select the items I believe to be the most powerful in terms of overall mechanical strength, what ultimately defines “the best” (and most importantly fun!) items for your character or in your campaign setting depends on numerous things!

For example, I’m not a big fan of items that give a flat bonus to hit your foes or to your own AC, as I believe the 5e game design isn’t really geared towards it – this is especially the case for plain +x magic weapons and armors with no other features as they don’t require attunement. They are not only boring, they can also break the game. Ultimately, D&D is about having fun, and I just think it’s more enjoyable for a player to kill off a foe with a nine lives stealer once in a while, or to wield a dancing sword, rather than getting a much stronger +3 weapon. And as both a DM and player I just love fun and quirky items such as the very rare nolzur’s marvelous pigments which can bring your drawings to life, or a rod of security that can get up to 200 people to safety!

Anyway, let us know in the comment sections if you think we’ve missed any very rare magic items on our list – and share your own favorites!

And, since this article is about magic items in D&D 5e, check out our new sourcebook Wanderer’s Guide to Merchants & Magic which is packed with everything you need to easily make magic items a fun part of your game in D&D 5e!