Nothing beats getting your hand on a great magic item in D&D 5e, but flipping through the DMG in search of the treasure or your dreams – or the item you want to grant a specific player – you quickly realize that not all items are equally powerful, even if they share the same rarity. In 5e, uncommon items can in fact be stronger than even rare items! But which uncommon magic items are the best?

1. Instrument of the Bards

Instrument of the bards comes in seven different types of which three are listed as uncommon. While the instruments require attunement and can only be used by bards, it’s honestly hard to believe that the uncommon versions of this item are not listed at a higher rarity.

All of the instruments grant you the ability to cast fly, invisibility and protection from evil and good without expending a spell slot plus an additional 3-4 other spells individual to the type of instrument – all of which is really amazing as a bard. Fly, for example, is not even on the bard’s spell list, so being able to cast it would normally require you to pick it up as one of your precious magical secrets, but with this flute you could in theory do it at level 1! 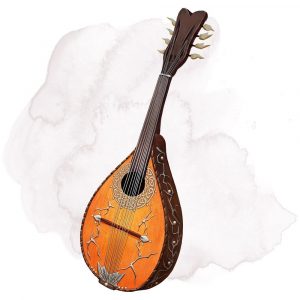 Pretty crazy, right? Well, it’s getting better: When you play an instrument of the bard while casting a spell that causes any of its targets to be charmed on a failed saving throw, the targets have disadvantage on that save. Hypnotic pattern is already an extremely powerful spell as is, and imposing disadvantage on the save makes it so much stronger, even at higher levels. For this reason, I believe the three uncommon versions of instrument of the bard – a doss flute, fochlucan bandlore, and mac-fuirmidth cittern – to be among the best uncommon items in the basic rules of D&D 5e.

With this weapon in your hands, nasty ambushes from sneaky enemies becomes a thing of the past. Wearing this weapon not only grants you advantage on initiative rolls, it also prevents you AND any party member within 30 feet from being surprised. 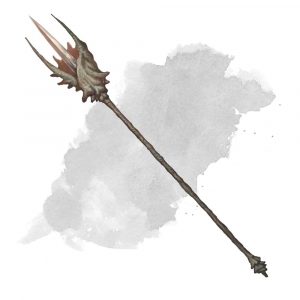 Listed in the Dungeon Master’s Guide, a weapon of warning will even wake you up if you’re sleeping naturally and a combat breaks out! If your DM is cool with waving goodbye to surprise assaults for good, you can hardly find a better uncommon weapon!

Like a wand of the war mage, the uncommon version of the rod of the pact keeper grants +1 to all spell attack rolls, but contrary to the wand it also increases the saving throw DCs of all your warlock spells. As if that wasn’t enough, the rod also allows its wielder to regain one warlock spell slot level as an action once per day – thus compensating for one of warlock’s greatest weaknesses! Like an instrument of the bard, the rod of the pact keeper is class-specific, but for a warlock it doesn’t get any better than this!

Attuning to winged boots gives you a flying speed equal to your walking speed, and it’s such an powerful item that it’s almost hard to believe it wasn’t a mistake that it was listed as uncommon. 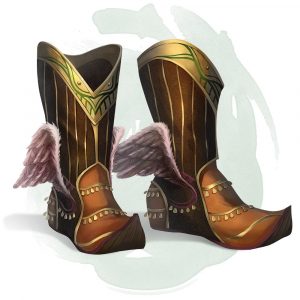 While wearing these boots you can “only” fly for up to 4 hours and each use lasts a minimum of 1 minute. However, that still translates to up to 240 x 10 rounds of combat in D&D terms which any seasoned D&D player will know is hardly ever fought. So, basically, the boots give you unlimited use of flying in combat without using up your concentration! For an uncommon item, that is unbelievably strong. The boots restore 2 hours of flight for every 12 hours they aren’t used and don’t increase your movement speed as the spell fly does. But hey, who cares, you can fly! Add a haste spell to that and you’ll catch the flying wizard in no time!

Similar to winged boots (or even more so), Broom of Flying allows you to constantly fly, which is just extremely useful. Broom of Flying shines in the sense that it doesn’t use up an attunement slot. Contrary to Winged Boots it also comes with a flying speed of 50 ft. instead of your walking speed. 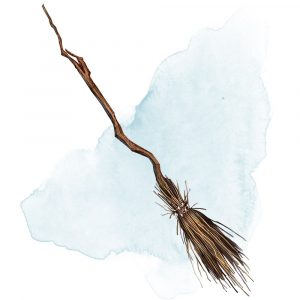 It’s debatable whether the broom is a vehicle or a mount (and leaves it up to the DM to decide what this means in terms of allowing the PC on the broom to take a Dash action, whether it requires one or two hands to ride it, and if certain situations should require a player to make an ability check or a Dexterity saving throw to hold on to it).

Nevertheless, the broom of flying is an amazing uncommon item. It even has a neat feature that lets the broom fly to a destination of your choice within a mile. If you ever get this item, hold on tight to its command word – since the broom doesn’t require attunement, a clever thief might pick it up and fly right away!

While not the most exciting item, a flat +1 bonus to all saving throws and to armor class is hard to beat. This item almost gives the same bonus as a +1 armor and a luckstone combined and is a great item for any adventurer! 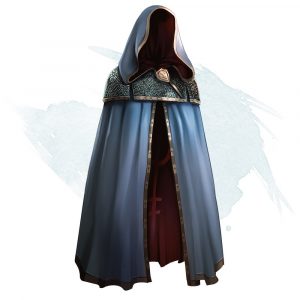 This shield gives you advantage on initiative rolls and Wisdom (Perception) checks – making it a lot harder to catch you off guard. It’s not as strong as weapon of warning that also gives you advantage to initiative rolls and outright prevents the wielder and any party member within 30 feet from being surprised. However, the advantage to Wisdom (Perception) has other use cases – and this shield is without a doubt one of the best uncommon items you can get!

Adventurer’s love to pick up loot as they go along, but – depending on the DM – it quite literally becomes a heavy burden to carry all the gold, equipment, and other treasures you find on the road. A bag of holding changes that: On the outside, the bag is roughly 2 feet in diameter at the mouth and 4 feet deep, but it can hold up to 500 pounds and weighs 15 pounds regardless of its contents. 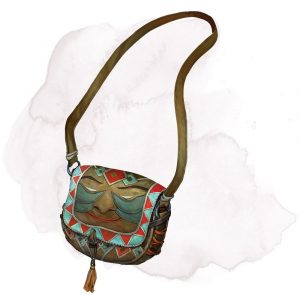 It’s not a powerful item in combat per se, but being able to carry a lot of stuff without being encumbered and without using up a precious attunement slot makes a bag of holding a great item for any group of adventurers!

Some of you will probably wonder why I didn’t put gauntles of ogre strength, headband of intellect, or bracers of archery here – and rightly so. Immovable rod might not always be useful, and unlike contesters like alchemy jug or bag of holding that grants you a ‘passive’ utility bonus, the rod must be actively used. However, it can be so much fun! 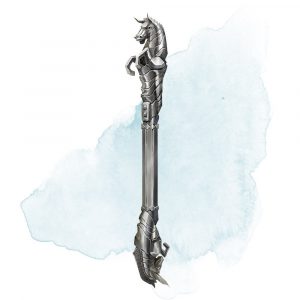 As the name suggests this flat iron rod can be magically fixed in place, even in a position that defies gravity, by pressing a button on it. Since it can hold up to 8.000 pounds (≈ 3,5 tons) and just becomes deactivated if holding more, there are no limits to the fun ways this can be used – from anchoring or even sinking a ship to saving yourself from falling, or preventing a door from being shut and trapping you somewhere.

Wearing this cloak turns you into a ninja. While its hood is up (which nothing prevents it from being at all times) you advantage on Dexterity (Stealth) checks made to hide while Wisdom (Perception) checks made to see you have disadvantage. As a result, it will be next to impossible for you to fail a stealth contest. However, there are other ways to improve your stealth dramatically, so using an attunement slot for this item might be overkill in some cases. 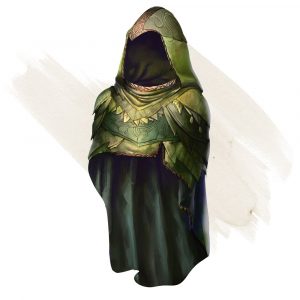 A +1 weapon is a fantastic item, especially at lower levels. The +1 to damage and +1 to attack rolls is mathematically superior to the +2 damage bonus bracers of archery, for example, but just having a magic weapon in a world where the most fearsome beasts are often resistant and even immune to damage from mundane weapons is something that can never be underestimated! So, a +1 weapon definitely deserves an honorable mention!

If you’re fond of wrestling and have built your character around grappling your foes, it doesn’t get much better than a deathgrasp glove.

This magic item lets you deal 1d8 necrotic damage to any creature you’re grappling at the start of each of its turns – and as an added bonus, you can detach the glove and use it as a flying extension of your own hand, allowing you to grapple creatures from afar using your own Strength (Athletics) modifier! 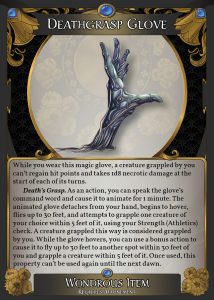 The deathgrasp glove is just one of the 120 new magic items in our 5E sourcebook Wanderer’s Guide to Merchants & Magic, so if you’re looking for more cool magic items like this, check it out. 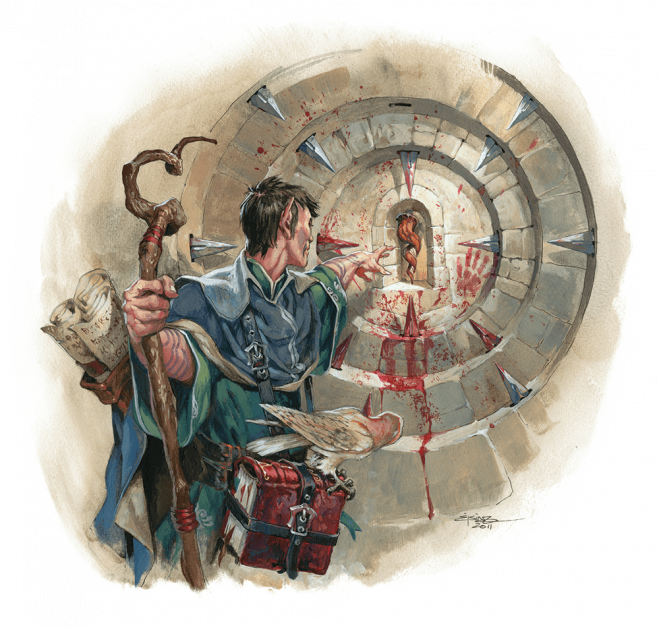 Alright, that wraps up our top 10 picks for the best uncommon magic items in the Dungeon Master’s Guide and basic rules of D&D 5e! Of course, the list is subjective. What items you should wish to fill one of those precious attunement slots with as a player – or reward to your players as a DM – depends on numerous factors and are highly individual.

If you, for example, want to be a master of manipulation, you would probably be better off getting your hands on a hat of disguise and a ring of mind shielding rather than a sentinel shield and a pair of winged boots. And vice versa if you are a brutish fighter.

At the same time, this list doesn’t necessarily cover the top 10 strongest items in the strictest sense. Items such as the gauntlets of strength and headband of intellect are likely much more powerful than an immovable rod. However, I feel those two bad boys have been featured in many official campaigns – and since I assume many D&D-fans are already aware of them – I decided that I’d rather include a few items that are more focused on giving out-of-combat utility!

Anyway, make sure to sign up for our newsletter and let us know in the comment sections if you think we’ve missed any items or share your own top picks!

And, since this article is about magic items, don’t forget to read our guide on pricing magic items in 5e and check out our new sourcebook Wanderer’s Guide to Merchants & Magic which covers everything you need to make magic items a fun (and easy!) part of your game in D&D 5e! 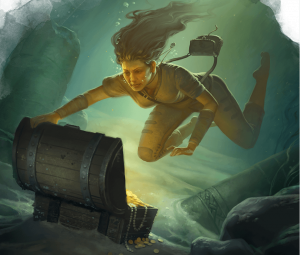