Help us make more posts like this one by supporting Eventyr Games on Patreon.

Curse of Strahd is an amazing fantasy-horror D&D 5e campaign set in the demiplane of Barovia which is ruled by the legendary vampire Strahd von Zarovich. It’s a great adventure – but it can also be a bit overwhelming and hard to run, especially if it’s your first time as a DM.

So here’s our top four tips for DM’s running Curse of Strahd!

1. Horror in Curse of Strahd

Creating a feeling or mood that will make the players at the table feel shivers up and down their spine as they realize the true horror of Barovia and the situation its people are in is a lot harder than it sounds – and the best tip I can give is the reminder that this is not a problem. D&D is about having fun, and if your players are having a blast, you’re doing it right!

When setting the scene, I think it’s important to focus on what matters; don’t spend minutes meticulously describing an old building and all it’s gothic features unless the players ask for details, but rather highlight what really sets the mood. Most often that is the people of Barovia.

An example is when the characters first arrive in The Village of Barovia and hear the mournful sobbing from Mary, whose daughter Gertruda ran away from home a week ago (and has since been caught and charmed by Strahd).

As written, Mary is so lost in her sorrow that she barely notices the presence of anyone in the room, but as adventurers are a rare breed in Barovia and they may be her only hope of getting her daughter back, I would have her fall to her knees and ask for the characters help. This gives the characters a sense of the horrors of the land they’ve arrived in as well as the need for heroes like themselves!

Another example is when the characters arrive in the Blood of the Vine Tavern in Barovia Village and encounter Ismark, three vistani spies, and Arik the Barkeep. Nine out of ten Barovians don’t have a soul and are described as “maudlin folk who experience fear but neither laugh nor cry”. While not explicitly stated that the barkeeper doesn’t have a soul, he fits the description, and I would therefore emphasize how he wears drab clothing and keeps on doing the same mundane task while he just stares blankly out into the horizon, making the characters feel that something may be wrong with him on a deep level (the Vistani know that most Barovians don’t have souls).

Quick note here – I generally dislike that most Vistani are described as evil. I would rather have the three Vistani at the Blood of the Vine be neutral good as well as all or most of the Vistani at Madam Eva’s camp where they suggest they go. This is also something the recently published Revamped Curse of Strahd addresses, as it emphasizes that the Vistani are a diverse people with free will – even though some of them have been thoroughly corrupted by Strahd’s evil. 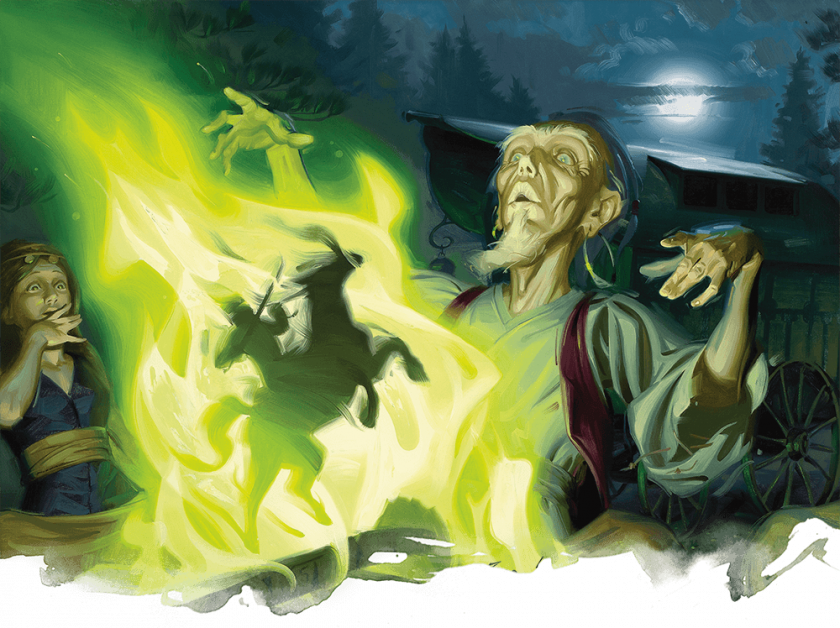 2. Getting the players to care

One of the biggest challenges I have had running Curse of Strahd is how to make the players feel they have a real stake in (and thus actually care about) saving Ireena Kolyana and the people of Barovia.

While Strahd chasing after Ireena (who has the soul of his long lost true love, Tatyana) is an important part of the plot, the adventure doesn’t really provide any reward for the characters putting their lives at risk to escort Ireena.

Offering the characters the deed for a building as a reward have worked wonders for the motivation of the characters in one of my campaigns, but a bag of gold or an old magical heirloom can do the trick as well. You could even talk to your players before beginning the campaign and ask if one of them wants to play Ireena!

Likewise, having the players or at least some of them tie their background to Barovia is also a great way to make sure they’re motivated by more than just their own survival, which, of course, can also be more than enough. 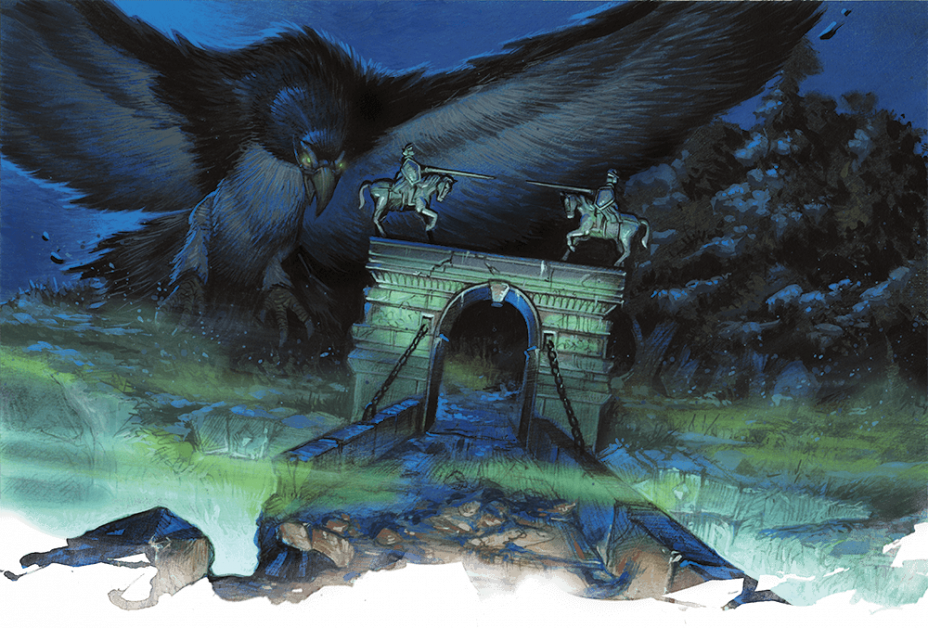 The Tarokka card reading is likely to play a huge role in the campaign structure, and while you could just stop worrying and learn to love the random, I don’t think giving one of the players a +2 legendary Sunsword a few sessions in is ideal. A way around this is to just decide what the different cards mean and place the three artifacts that can be used in the battle against Strahd at the locations in the adventure you think would be most fun. Here are some suggestions:

The chosen NPC ally can, in my opinion, be anyone. I have played with Ezmeralda and Mordenkainen. Van Richten would also be fun! For the card that decides where the final battle with Strahd will take place, I would pick somewhere in the crypt of Castle Ravenloft.

For those of you who like the idea of tarokka cards and would like more content on how to use them in your Curse of Strahd campaign, check out this Tarokka-based Random Encounter Effects by Sly Flourish. 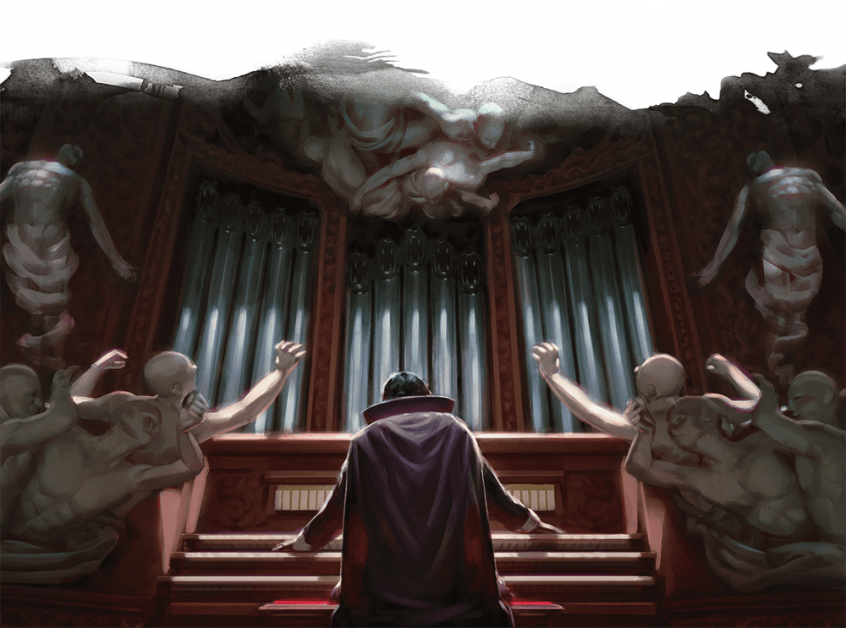 Count Strahd Von Zarovich, the darklord of the valley of Barovia, one of the Domains of Dread in Shadowfell. The Ancient. The Land. Playing Strahd is not easy, and I think many DM’s struggle with the fear of simply sounding cheesy rather than showing the cunning, wisdom, and evil built up in the vampire through centuries.

You could write a whole essay on how to roleplay Strahd (and some people have, just Google it!), how to deceive and trick the characters (for example by following them along as a helpful NPC in the guise of his alter ego Vasili), Strahd’s deeper motivations and even suggestions for quippy one-liners.

What’s important to know though is that there is no one right way to play Strahd. Evil comes in many forms, and if you play him as you imagine him, I’m sure you will get the best result. Just remember:

For the final battle with Strahd von Zarovich remember to read our guide on how to run boss encounters in D&D 5e. Specifically, when fighting Strahd, consider giving him more hit points if you plan on having him go head-to-head with the characters. Alternatively, you can also have him flee through the walls, regain HP and come back – but although this is a clever tactic, it can also end up being pretty boring (I did this in one game, and the battle dragged on for 6-8 hours!) 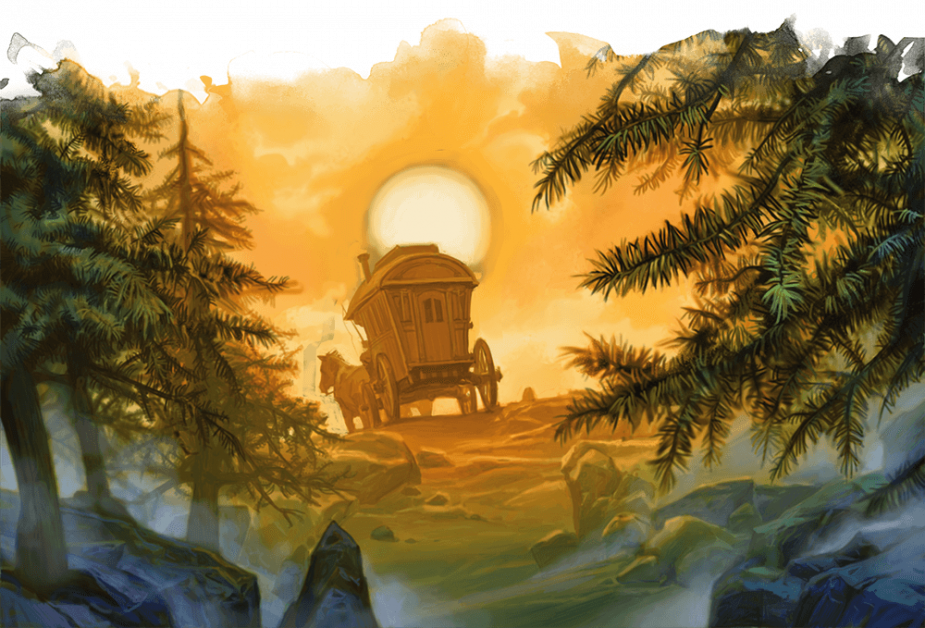 Alright, that wraps up my top 4 tips for DM’s who want to run Curse of Strahd. Of course, a handful of advice doesn’t cover all the things you may want to consider before running the campaign, but based on my own experience these general tips will get you a long way!

What’s your own top tip for running Curse of Strahd? Is there any points you want us to explain further? Do you want more content on the adventure? Let us know in the comments below!