Icewind Dale: Rime of the Frostmaiden is an exciting adventure that’ll take the party through many diverse challenges and experiences – but let’s just be honest: it’s not the easiest adventure to run.

So, let’s not waste more time: here’s my top 5 tips for DMs running Rime of the Frostmaiden.

Unfortunately, the book’s answers to most of these questions are either “you figure it out” or “just because”. But we can do better than that.

So ask them: Are they locals, who’ve decided to help end the eternal winter, or are they adventurers who’ve come to aid Ten-Towns? Or are they disinterested opportunists, just looking to acquire fame and wealth? You can even take it one step further and help create concrete motivation by having one or more characters be directly employed to help out by Ten-Town’s Council of Speakers or another faction.

In any event, knowing the characters’ motivations helps you plan out the rest of the adventure so that they’ll naturally follow along with the story. This may involve having the Speakers of Ten-Towns offer a proper reward for helping stop Xardorok and his dragon at the start of Chapter 3 or having Vellynne express with greater certainty that Ythryn will hold the key to ending Auril’s Everlasting Rime, which are two of the places where the motivation supplied in the book is weakest.

Beyond the player characters’ motivations, there’s another character’s motivation to consider: Auril the Frostmaiden. As far as titular villains go, we know surprisingly little about why Auril is doing what she’s doing – and that’s a shame, because it makes it hard for us to convey her to the players and decide how she’ll react in certain situations.

There can be several explanations to why Auril is trying to bury Icewind Dale in frost and darkness, and there’s not any wrong answers. My personal favorite, however, is that Auril has learned of the Arcane Brotherhood’s quest to uncover Ythryn and the Everlasting Rime is her attempt to stop them. In addition, she wants to drive the people of Ten-Towns into becoming her fervent worshippers – which they will, if they think it’s the only way they can survive her wintery wrath.

To this end, Auril is also aiding the duergar – perhaps she’s even the one who steered them to the surface to begin with – as they seek to destroy most of Ten-Towns. Doing this both gives us a clear understanding of what Auril wants and ties her closer to the other two main storylines in the adventure.

Our article series on Running Rime of the Frostmaiden has more information on establishing motivation throughout, with especially Part 1: Background and Part 3: Starting Strong covering Auril’s and the characters’ starting motivations in more detail. 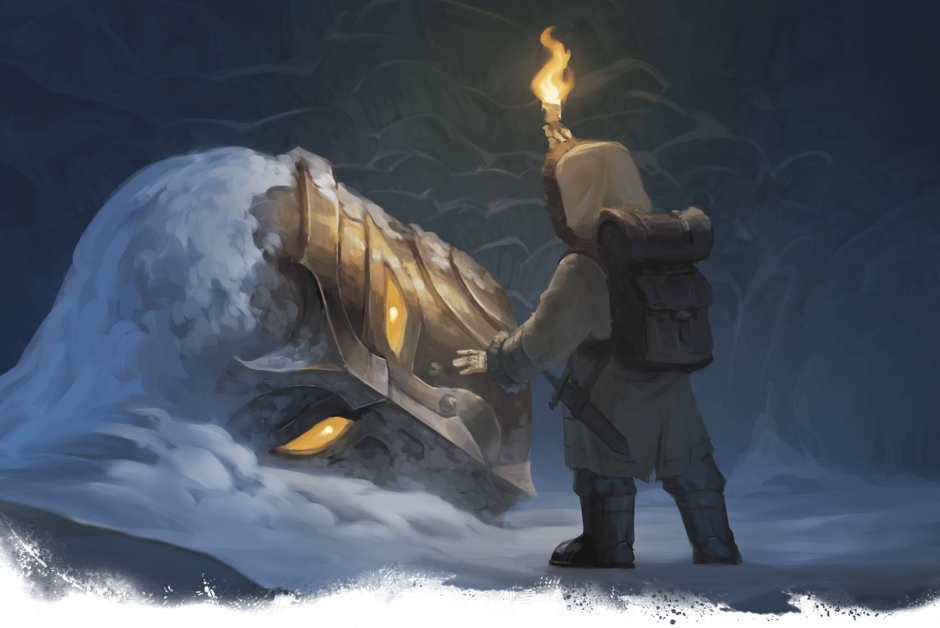 One of Rime of the Frostmaiden’s most notorious features is that it starts out as a sandbox, where the characters are left more-or-less up to their own devices in the wintery Ten-Towns. Here they will spend the first 3–4 levels handling minor quests and visiting various towns and other locations before the adventure becomes more linear in the later chapters.

For newer DMs in particular, but also experienced DMs who prefer a more structured approach, running a complete sandbox like this can be a daunting task, and the adventure book itself doesn’t provide too much aid. That’s why I suggest taking the time to plan out a loose structure for the first chapters.

A loose structure means having an idea about in which order you want the party to visit different towns and locations, so that things unfold in a way that suits you and the story you want to tell. It doesn’t have to mean only presenting the characters with one quest or lead at a time, but maybe narrowing it down to 2-3 leads that send the characters in the general direction you prefer.

Personally, I think Ten-Towns run best if it’s started in the north (Bryn Shander, Bremen, Targos, Termalaine, and Lonelywood) and then guided toward the east (Caer-Konig, Caer-Dineval, and Easthaven) around level 3-4, with the two westernmost towns (Dougan’s Hole and Good Mead) being entirely optional. This seems to be the best fit both when looking at the difficulty of the different quests, but also when considering that Caer-Konig and Easthaven will quickly lead the characters toward Sunblight, which you probably don’t want to happen too early.

For a more in-depth guide to creating this structure, you can check out Part 3: Starting Strong, Part 4: Northern Ten-Towns and Part 5: Duergar Conspiracy of the Running Rime of the Frostmaiden-series. You can also check out this video in our series on Running Rime of the Frostmaiden (don’t worry, you can watch this video without watching the whole series):

3. Be Ready to Rebalance

Even if you follow the above advice and create a loose structure for the first chapters, there’s still a high likelihood that your characters will arrive at locations and undertake quests that don’t quite match their character level. This is made even more likely by the fact that – when compared to other published adventures – Rime of the Frostmaiden is a pretty difficult adventure, overall.

This means that when running Rime of the Frostmaiden, you should always be ready to rebalance and adjust encounters. Now, that’s easier said than done, as encounters in fifth edition Dungeons & Dragons are notoriously difficult to balance.

If you’re having trouble figuring out exactly how to balance an encounter ahead of time (“should I remove this monster or that, or should I reduce it’s HP, or…”), try always to consider how you can save the encounter once it begins to go awry. This means taking a minute to just think about how you’ll handle it if the characters are defeated by the verbeeg in Good Mead ( maybe its romantic partner shows up and suggests ransoming them back to the town) or get in over their head in Sunblight (perhaps Grandolpha arrives with a squad of duergar to give a helping hand), and so on.

Having thought about encounter balance and prepared just a little for it, helps these sort of “interventions” feel more natural and less like the sort of impromptu deus ex machinas – here comes the DM to save your behinds! – that both DMs and players hate. 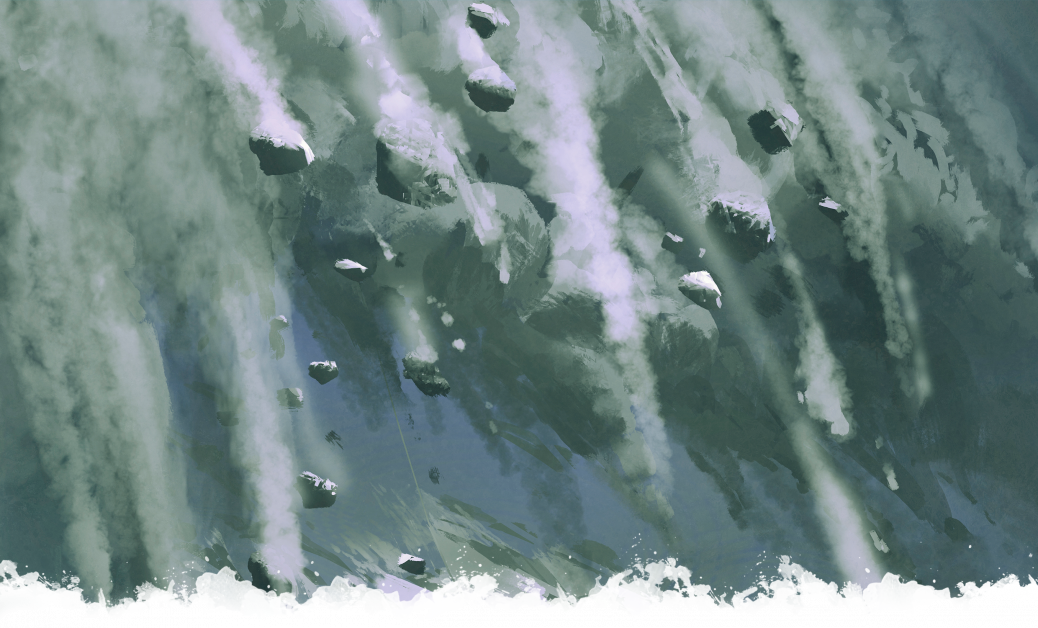 4. Tie the Stories Together

Another point of criticism of the adventure is that it has several stories – Auril’s Everlasting Rime, the Arcane Brotherhood’s search for Ythryn, and the duergar threat – which aren’t tied together very well. In addition, there’s not many hints to these main stories in the early chapters of Rime of the Frostmaiden. This can make the adventure’s story seem somewhat obscure and disjointed, causing both players and characters to become confused about what the point of the adventure really is and what their goal should be.

This is why I suggest doing some work early to tie the stories better together and inserting more foreshadowing of events to come in Chapters 1 and 2. Here’s some quick ways you can do this:

These are very loose ideas, of course, and should be fitted to your purposes. Again, you can see Part 3: Starting Strong, Part 4: Northern Ten-Towns, and Part 5: Duergar Conspiracy for more advice on how to do this. You can also check out this video on story and foreshadowing in Chapter 1: Ten-Towns: 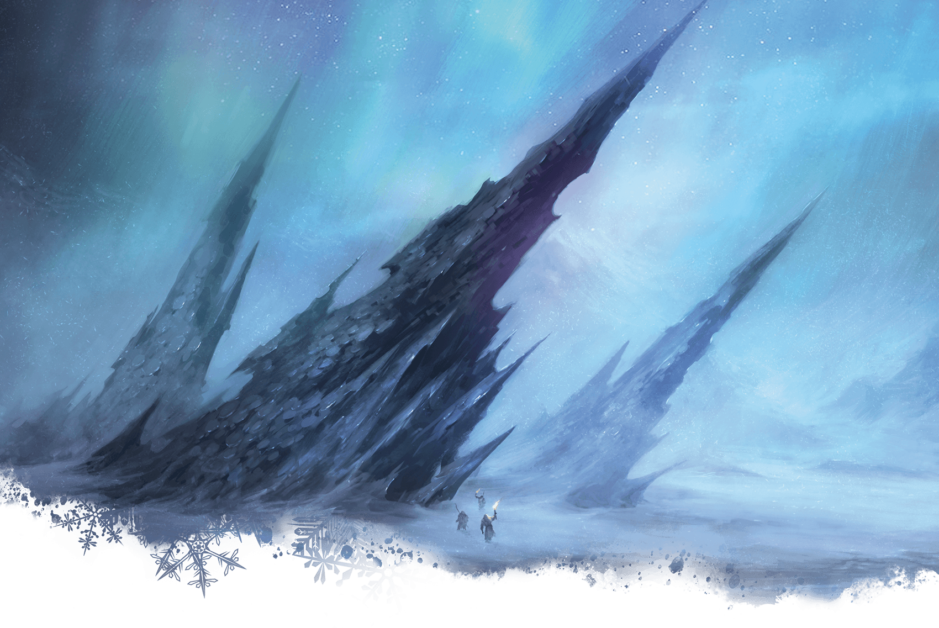 5. Open up the Later Chapters

While Rime of the Frostmaiden starts out as a sandbox, the latter half of the adventure is much more of a railroad, with the characters jumping straight from one quest/location to the next, with little room or reason for detours. This is a shame, because it means that there’s a lot of cool content in Chapter 2 we’re likely to skip – and because most players prefer to have at least the illusion of choice, even if they end up in the same destination regardless.

That’s why I propose that you open the later chapters of Rime of the Frostmaiden. The easiest way to do this is to alter Vellynne’s Quest (described at the end of Chapter 4) so that the wizard doesn’t immediately tell the party exactly where to go. Instead, she informs them about Ythryn and the Codicile of White needed to enter it, but leaves it up to the characters to figure out where to find both.

You can then have the characters know or learn about locations where they could learn more – perhaps the frost giant spirits at Jarlmoot know where to find the Codicil of White and the goliaths of Icewind Dale can point to the entrance to Ythryn in the Reghed Glacier. And, if you want the party to actually make some decisions on their own, you can have the characters learn about multiple of these locations at the same time, so they have to decide which ones they want to visit.

You can check out Part 6: The Open Railroad for more advice on how to alter Vellyne’s Quest and open up the adventure more. And, if you decide to go this route, check out our very own adventure A Heart of Cold, which works perfectly as a tie-in adventure where you can provide the party with the information they need!

Is there something you’d place above these tips? A point you’d like explained further? Let me know in the comments below!

3 thoughts on “Running Rime of the Frostmaiden – Top 5 Tips”