We just released our fourth set of DM’s resources for Icewind Dale: Rime of the Frostmaiden, covering Chapter 5: Auril’s Abode.

Chapter 5: Auril’s Abode is an interesting chapter. It’s where the characters embark in earnest on their quest to end Auril’s Everlasting Rime, as they journey to the frigid and isolated Island of Solstice in the Sea of Moving Ice, where they must battle fearsome foes and undergo dangerous trials to find the Codicil of White.

In the DM’s resources for Chapter 5: Auril’s Abode, we take a closer look at handling Auril’s role in the chapter, the characters’ journey to the island, how you can pace the chapter so it remains tense and exciting, provide you with several encounter maps featuring locations on the island, and much more that will help you make Chapter 5 an awesome experience for you and your players.

For more information and previews, check out the DM’s resources here.

To celebrate – and, let’s be honest, to entice you to take a closer look at the resources – here’s a free version of one of the maps from the resources (which also comes with more maps, higher resolution, and a gridless version) 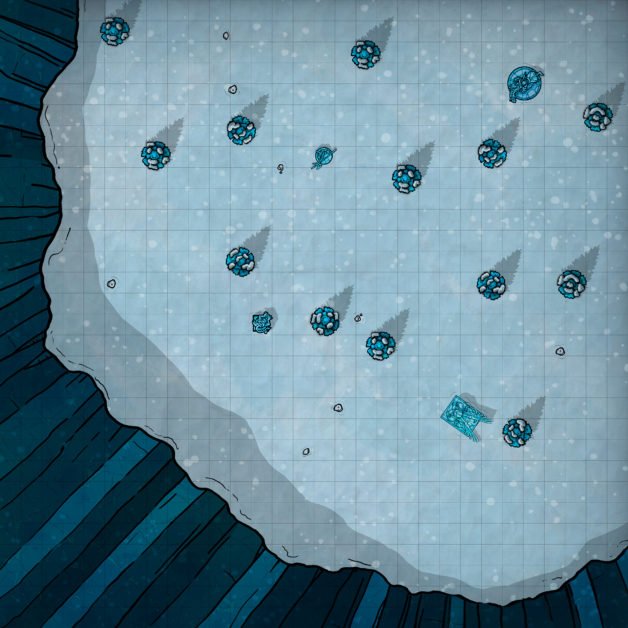