There’s exciting stuff on the horizon.

That’s not all, though – the official 5E D&D adventure Icewind Dale: Rime of the Frostmaiden is also releasing next week.

To celebrate this happy coincidence we have used the system for creating magic armors in Nybor’s Tome of Enchanted Armor to create three pieces of frosty armor that’ll help keep adventurers alive as they venture into the cold and dark Icewind Dale. Completely free!

Sign up to our mailing list to be notified when Nybor’s Tome of Enchanted Armor drops later this week – and receive a discount code so you can snag it at a cool 25% off on the DMs Guild.

Anyway, that’s it – enjoy and keep it cool! 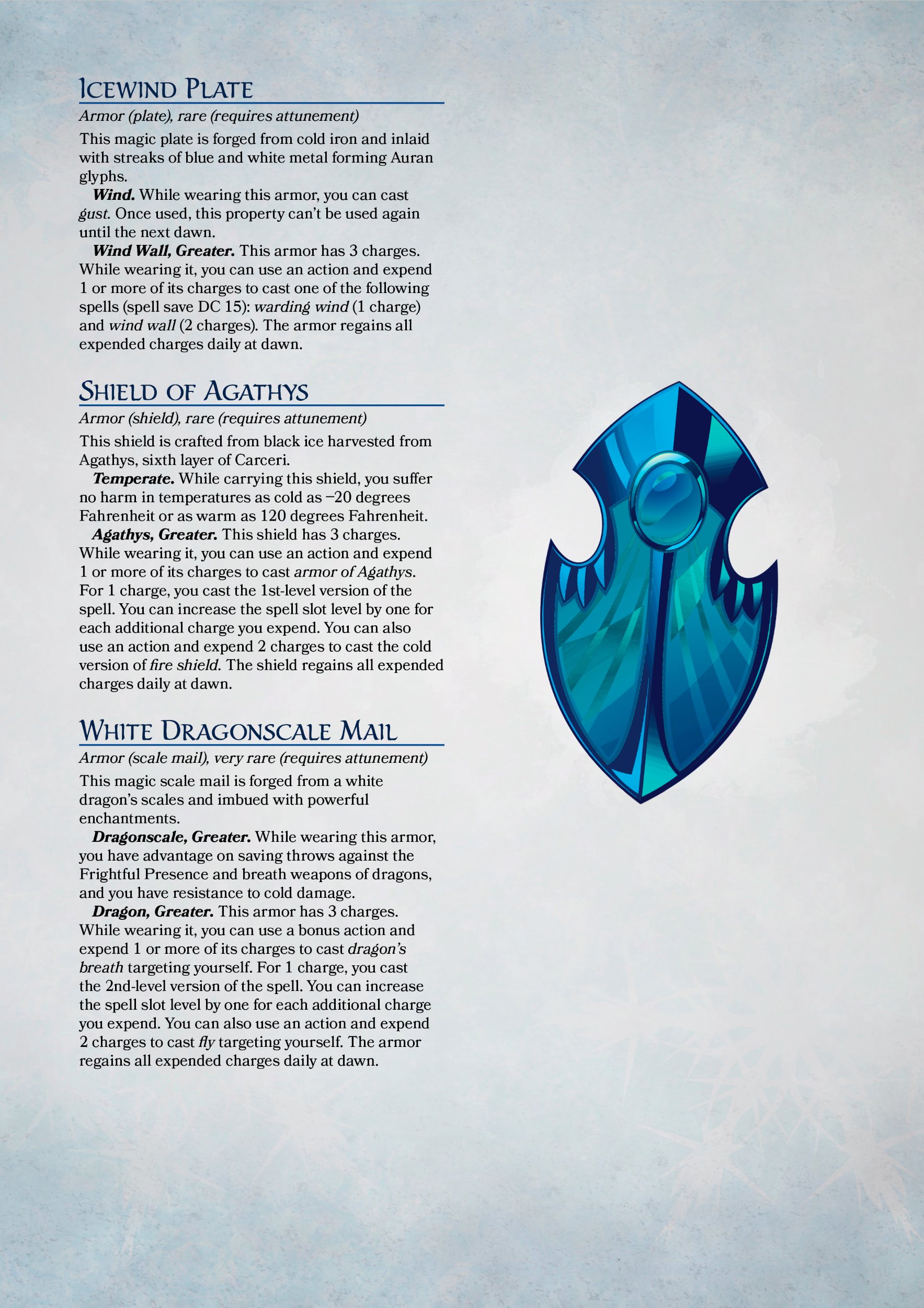